National Prayer Breakfast breaks from 'The Family' with new organization

Critics are questioning whether the change is a full departure from the past or merely cosmetic.

Hailed as a victory by animal welfare groups, new federal legislation now eliminates a long-standing requirement that investigational drugs must be tested on animals before humans receive them in drug trials.

A machete-wielding man killed a sexton and injured a priest at two Catholic churches in the city of Algeciras on Jan. 25 before being arrested, Spain’s interior ministry said. Authorities are investigating the attacks as a possible act of terrorism.

The world's religious traditions and their followers are called to offer wisdom to the world and to "infuse it with a spirit of warmth, healing and fraternity," which requires the participation of women as well as men, Pope Francis said.

ROME (CNS) -- God suffers and grieves when those who profess to believe in him do not love the people he loves and do not work for the justice he desires, Pope Francis said.

"God suffers when we, who call ourselves his faithful ones, put our own ways of seeing things before his, when we follow the judgments of the world rather than those of heaven, when we are content with exterior rituals yet remain indifferent to those for whom he cares the most," the pope said in his homily Jan. 25 at an ecumenical evening prayer service.

Orthodox, Oriental Orthodox, Anglican and Protestant representatives joined the pope at Rome's Basilica of St. Paul Outside the Walls for vespers closing the Week of Prayer for Christian Unity. Members of the Ukrainian Council of Churches and Religions joined the mostly Rome-based religious leaders for the service.

The Vatican Dicastery for Promoting Christian Unity and the Commission on Faith and Order of the World Council of Churches entrusted the preparations of the 2023 week of prayer to a group convened by the Minnesota Council of Churches.

Acknowledging "the injustices perpetrated in the past against native peoples and in our own day against African Americans," Pope Francis said, the group chose as the theme for the week "Do good; seek justice" from Isaiah 1:17.

In the face of "various forms of contempt and racism, before indifference, lack of understanding and sacrilegious violence, the word of God admonishes us: 'Learn to do good, seek justice,'" the pope said. "It is not enough to denounce, we need also to renounce evil, to pass from evil to good."

"In other words," he said, God's "admonishment is meant to change us."

In Isaiah's time -- and even today, the pope said, "it was generally thought that the rich, who made great offerings and looked down upon the poor, were blessed in God's eyes. Yet this was, and is, completely to misunderstand the Lord. It is the poor that Jesus proclaims blessed, and in the parable of the final judgment, he identifies himself with those who hunger and thirst, the stranger, the needy, the sick and those in prison."

Even more, Pope Francis said, God is offended by "sacrilegious violence," the violence of destroying another person, made in God's image and likeness.

"We can imagine with what suffering he must witness wars and acts of violence perpetrated by those who call themselves Christians," the pope said.

With all the knowledge people have of spirituality and theology, he said, "we have no excuses" to believe that God would want faith to be used to harm another.

"Still, there are those who appear to feel encouraged or at least permitted by their faith to support varieties of narrow and violent nationalism, xenophobia and contempt, and even the mistreatment of those who are different," the pope said.

In fidelity to God, he said, "we must be opposed to war, to violence and to injustice wherever they begin to appear."

Pope Francis prayed that St. Paul would "help us to change, to be converted; may he obtain for us something of his own indomitable courage."

Such courage is needed to continue on the path to full Christian unity, he said, and to overcome the temptations to be impatient or to focus only on the needs of one's own church. 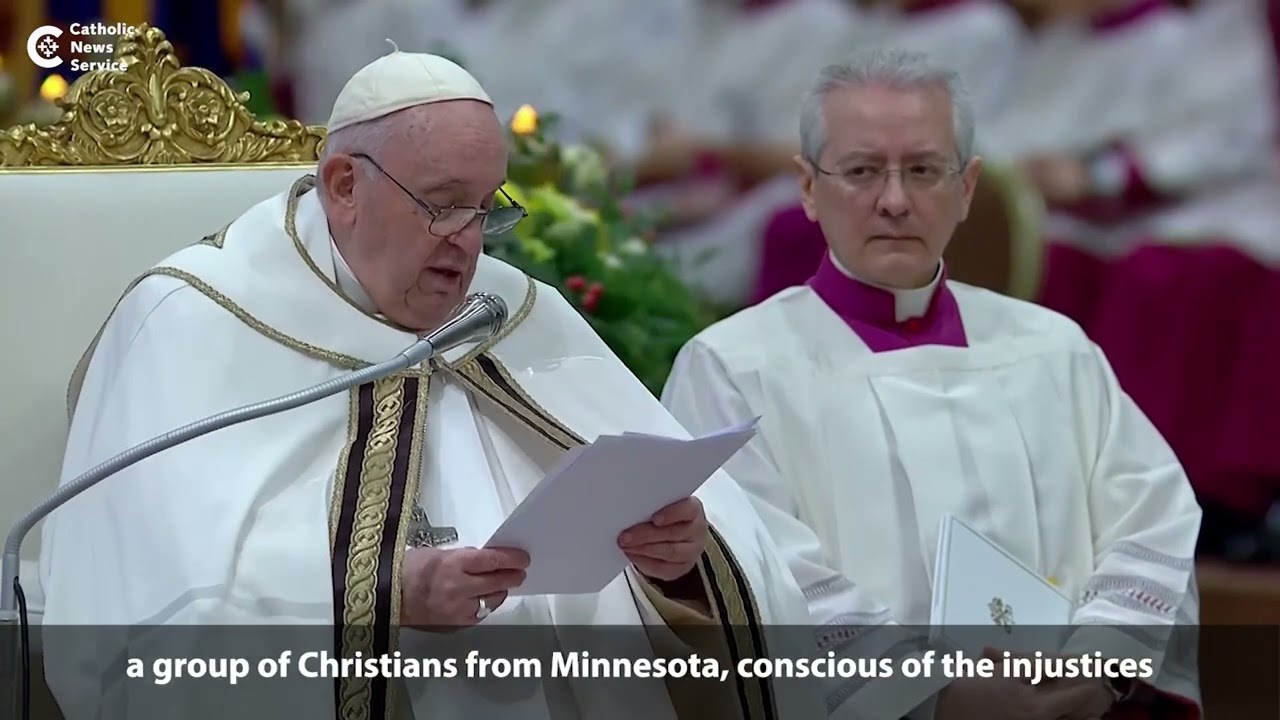 Women aren't inherently better preachers than men, but many of them have the gift and the vocation, says executive editor Heidi Schlumpf.

How can we get to know the Holy Spirit — and what pronoun should we use?

We can experience the Holy Spirit by becoming attuned to the Spirit's movement in our experiences, says Fr. Daniel P. Horan. We just might find that she defies our preconceived notions of God.

Under a conservation easement with the Bluegrass Land Conservancy, the land surrounding the Loretto Sisters' motherhouse — farmland, forest, native grasses, lakes and creeks — will be protected and preserved permanently.