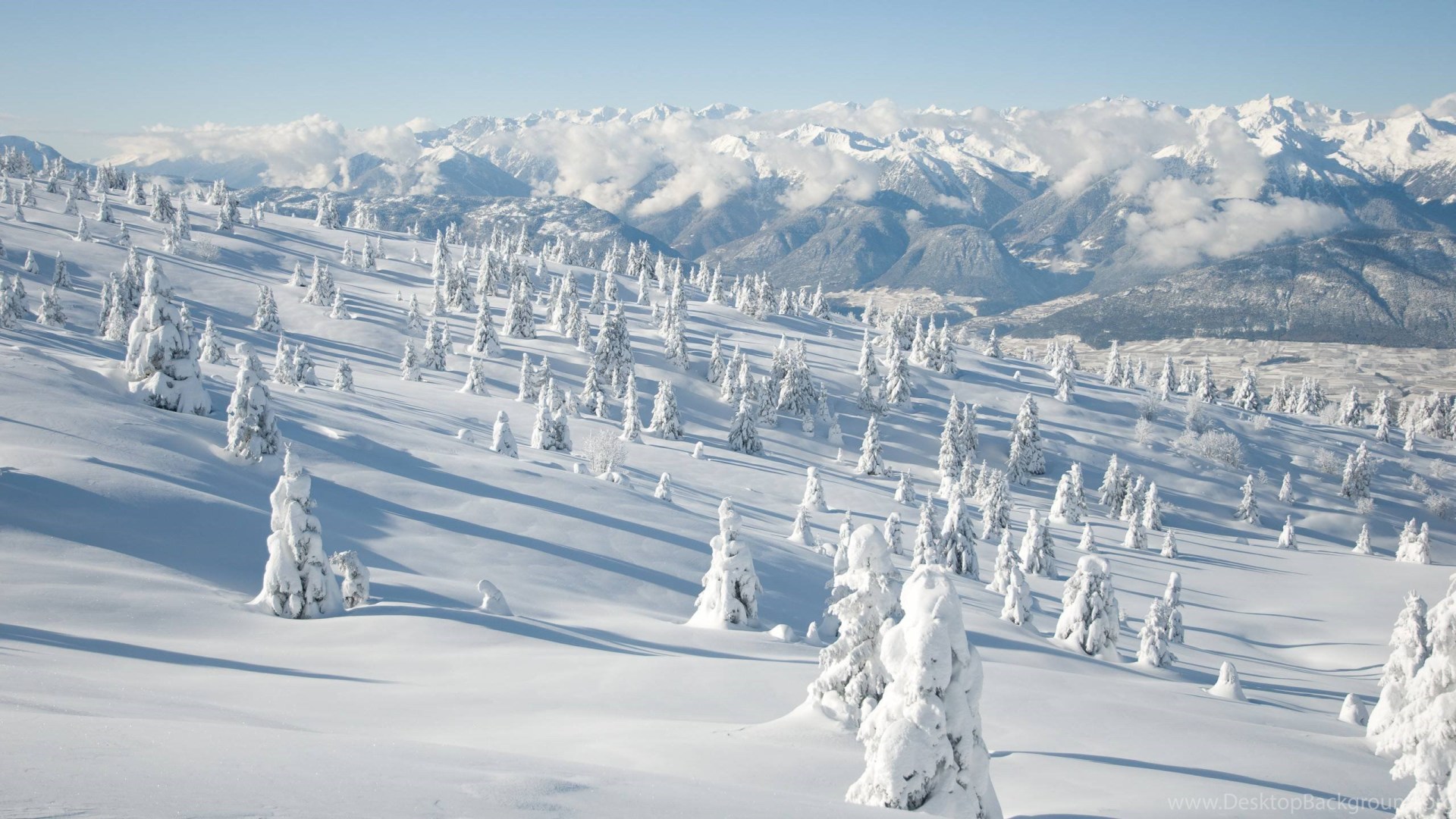 OUR HISTORY: ST CATHERINE OF ALEXANDRIA

Our beginnings…The Irish immigrants who settled in the Mapleton area never dreamed this corner of Oconomowoc would be so prosperous.  They started migrating here over 160 years ago, planting the first seeds of what is now a long lasting, vibrant Catholic Christian community.

As devout Roman Catholics, the Irish immigrants feared that leaving the cities they might lose touch with the Church.  Seeing these fears, several Irish priests responded in turn.  The first eight pastors of St. Catherine’s came from Ireland, each fiercely dedicated to the faith and making sure the people held to it.

The first pastor, Fr. Thomas Morrissey, established St. Catherine of Alexandria Catholic Church in the summer of 1847, one year before Wisconsin officially became a state.

The name of the church honors the family who donated the land for the building, Catherine and Alexander Coyle.  Ten years after the inaugural Mass was celebrated in the Coyle home, the first church building was erected on the same plot of land where the current church stands today.  The cornerstone was laid on June 6, 1886.

The bell that hangs to this day in the church bell tower was blessed and installed on the Feast of the Holy Rosary in October of 1899.  While it is no longer rung on a regular basis, it has remained a symbol and testimony to this community’s love and tremendous faith for over one hundred years.

The more recent past…There were several priests who served what was a small parish community from 1981 to 1994, starting with Fr. Robert Novotny, who was responsible for acquiring a pipe organ for the church.  The pipe organ was taken from the old St. Francis DeSales Seminary Chapel/Pio Nono High School.  It was dedicated and blessed by Most Reverend Bishop Leo J. Brust.  Fr. Guy Gurath was here in 1984 as an interim pastor.  Fr. Robert Mueller was pastor from 1984 through 1988.  Fr. Russell Stommel arrived in 1988.  During his time at St. Catherine’s a new entrance to the church was built, including the addition of the first rest rooms inside the building.  Following Fr. Stommell, there were two more interim pastors who came in 1994, Fr. Michael Merkt and Fr. Roy Mateljan.  They were followed by a priest who would change the face of St. Catherine’s to what it is today, Fr. David A. Verhasselt.  Fr. Dave was placed at St. Catherine’s not as pastor, but as parish administrator, with the assumption that the parish would be closed, but he quickly became loved by parishioners, and word began to spread about the new priest at St. Catherine’s.  So much so, that the parish grew in great numbers over the next several years.  Because of the rapid growth, rather than closing the parish, Fr. Dave was named pastor of St. Catherine Church, and the archdiocese approved building an addition to accommodate the larger congregation. On Christmas Eve, in the year 2000, the first Mass was celebrated in the new church space. In the renovation, much of the history of the original building was kept intact.  Some of the many ways this was accomplished included keeping the original building, built in 1847, and using it as the gathering area.  Also, the old sanctuary became a chapel that houses the Blessed Sacrament.  It is a small, but beautiful and holy place for prayer.  The high altar was kept and moved into the new sanctuary.  The present altar was built from the old side altars.  The stained glass windows were fashioned using elements of the old painted glass windows, along with new stained glass, to create a beautiful design that gives the new church space a very bright and cheerful atmosphere, especially on sunny days.  And, the ceiling paintings of the original church remain in the new gathering area.  Also built during that time was a new 175 foot long work shed, and a beautiful new office building.  The rectory still stands and is in use for meeting space mostly.  Another huge undertaking that took place while Fr. Dave was pastor was a three-year restoration of the church cemetery.  The history of the cemetery is amazing, including the graves of the donors of the property for the church, Catherine and Alexander Coyle, located just outside of the church’s east entrance, as well as one of the oldest graves in Waukesha County, that of a 19 year-old Irishman who served in the military during the Civil War.

In 2007, more change happened when the parish hired its first full-time Director of Liturgy and Music, and a full-time Pastoral Associate.  Also in 2007, St. Catherine’s had a year-long celebration honoring its 160th year of existence.  A beautiful new painting of St. Catherine of Alexandria, painted by a priest of the diocese of Madison, Fr. Gary Wankerl, was dedicated at a special Mass concluding the year, and the original church bell in the tower was rung in celebration of the anniversary.

Since 2007, the music ministry at St. Catherine’s has greatly expanded and now includes an Adult Choir, a Youth Choir, and a Handbell Choir.  Also since 2007, the church’s pipe organ has received an upgrade thanks to a generous donation of pipes by an anonymous donor.  The organ was rededicated and blessed on January 18, 2013 by Most Reverend Bishop Donald J. Hying.  The pipe organ, built by Mr. Dave Broskowski, was originally equipped with about 7 ranks of pipes.  It now boasts around 20 ranks, or about 1600 pipes.  The organ, coupled with a seven-foot Mason-Hamlin concert grand piano, donated shortly after the construction of the new church space in 2000, gives the parish a fantastic set of instruments that enhance the music ministry of the parish.

In April of 2010, a journey began that was very painful and sad for both Fr. Dave and for everyone at St. Catherine’s.  The parish was very blessed to have Fr. Martin Pable, OFM, step in to be present to them in the weeks that followed.  And, when Fr. Marty needed to move on to another assignment, Fr. Michael D. Strachota, already pastor of St. Joan of Arc Church in Nashotah, agreed to become the parish administrator of St. Catherine’s.  For the next two years, in the midst of the anguish, frustration and uncertainty the people of St. Catherine’s were experiencing, Fr. Mike was there to support the congregation.  When it was finally made known with certainty that Fr. Dave would not return to St. Catherine’s, Fr. Mike helped guide the congregation to the beginnings of healing, and toward finding the strength to begin looking forward to the future of the parish community, to continue to build upon the foundation that Fr. Dave had nurtured for so many years.

In July of 2012, Fr. Mike became pastor of St. Catherine Church while remaining pastor of St. Joan of Arc in Nashotah, accepting the challenge of shepherding two parish communities.  The Most Reverend Bishop Donald J. Hying formally installed Fr. Mike on Saturday evening, January 18, 2013.  By the end of 2013, it became noticeable that St. Catherine had begun to grow again, gaining new members just about every week.

One of the challenges facing Fr. Mike when he became pastor of both St. Catherine and St. Joan of Arc in 2012 was how to be in two places at once for weekend Masses.  It became clear that a new weekend Mass schedule needed to be created.  After a survey of both congregations was complete, a new schedule began with two Masses at St. Catherine (5:00 PM Saturday and 9:00 AM Sunday) and two Masses at St. Joan of Arc (7:30 AM Sunday and 10:30 AM Sunday).  The result has been yet another example of the positive relationship that has developed between the two parishes in recent years, even before Fr. Mike became pastor of St. Catherine’s.

In recent years, St. Catherine and St. Joan of Arc, while remaining unique and separate parishes, have worked to build a cluster relationship as the archdiocese looks ahead to a future with far fewer priests.  The two parishes work together in many ways, including through the Christian Formation program, which utilizes shared staff from both parishes for pre-K through grade 6, and a combined program with shared staff for grade 7 through Confirmation.  The Pastoral Councils, Liturgy Commissions, Human Concerns Commissions, and Evangelization Teams meet together.  The two parishes play together at St. Catherine’s annual Fall Festival, and pray together, combining choirs and celebrating one liturgy together for some of the significant liturgies of the year, including Holy Thursday and the Easter Vigil…and the list goes on.

St. Catherine of Alexandria Catholic Church is a resilient faith community with a long history and a bright future.  The Irish immigrants that founded St. Catherine’s wouldn’t recognize the parish or the congregation that exists today, but they would undoubtedly be amazed, and maybe even admit to being a little proud, to see what has grown up from the seed of faith that God helped them plant over 160 years ago.